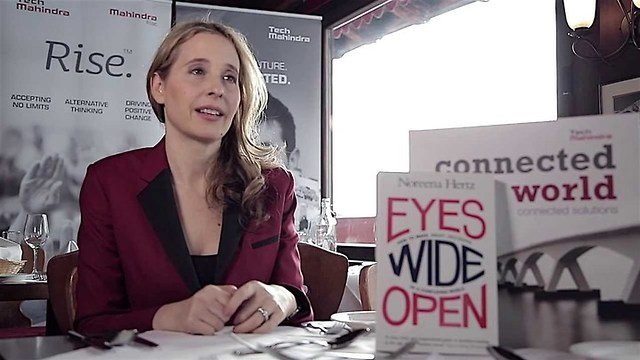 Being a teen is often more frightening for teen’s parents that for teens themselves. Puberty is not only the hormonal change, but as well the battlefield between internal factors (parents and family as the role model) and external factors (school, street, teen idols…)

In her research, Noreena Hertz, the ‘Generation K’ co-founder and CEO, and honorary professor at University College London focused on more than 1000 American and British teenage girls age 13-20 years. Hertz named this generation ‘K’ after their icon Katniss Everdeen, the heroine of The Hunger Games.

“This is, after all, the generation which has come of age alongside the iPhone and Facebook. They can’t conceive of a world without the internet and have almost no sense of the revolution technology has brought to our lives,” Hertz said in an article published by Financial Times Magazine.

“But technology is not the only thing that has shaped them,” she said, explaining that this generation have been shaped by two distinct factors, other than technology and contemporary movie heroes. The Generation K is widely modeled by the worst recession the west has faced in decades and the greatest geopolitical dangers it has confronted in years.

“They [Generation K] have grown up alongside Islamic extremism, austerity and Edward Snowden,” Hertz said.

In the research, Hertz wanted to find out what today’s teen feels, what they care about, worry about, and want. Therefore, she conducted a series of one-to-one interviews, which include questions about government policy, economy, etc.

Hertz found that for Generation K the world is less oyster and more “Hobbesian nightmare.”

“Al-Qaeda and Isis have been piped into their smartphones and they have witnessed their parents lose their jobs. They are a group for whom there are disturbing echoes of the dystopian landscape Katniss encounters in The Hunger Games’ District 12. Unequal, violent, hard,” Hertz said in an article.

According to Hertz’s research, the kids in Generation K are concerned about existential threats, with their anxieties stretching way beyond the typical teenage anxieties.

“Such concerns will not only have an impact on future savings and consumption patterns — they are having an effect right now,” she worried.

According to the research, there is a brighter side of the Generation K, as teenagers drink less alcohol and take fewer drugs than their recent predecessors. However, in 2013, as many as 22 per cent of female high-school students in the US seriously considered committing suicide, according to the US Department of Health.

“Only one in 10 trusts the government to do the right thing,” Hertz cited the results of her research, emphasizing that is the half the percentage of generations before. The research showed that as many as 30 per cent of teenage girls are either unsure about marriage or don’t want to get married.

“Even more strikingly, 35 per cent are unsure if they want to have children or definitely don’t. This is a seismic difference compared with older millennials,” Hertz wrote in Financial Times article.

Noreena Hertz is co-founder and CEO of Generation K and honorary professor at University College London. She will be launching her research on Generation K girls at “The Women in the World Summit” in New York on April 24.