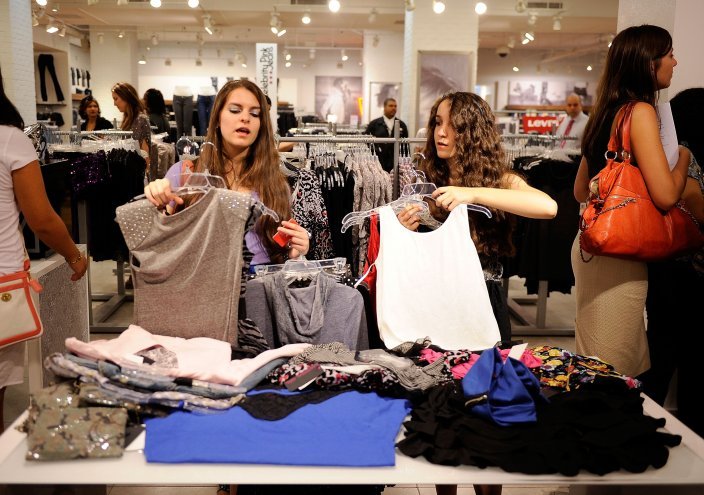 Generation K: Why today’s teens are more careful with their money

With the financial press full of headlines about feckless millennials who’d rather splash their (minimal) cash at pop-up burger bars than save to buy a house, it’s easy to write younger generations off as irresponsible lost causes.

But research to be unveiled on Thursday by the economist Noreena Hertz has identified that 14-to-21-year-olds, whom she has dubbed “Generation K” for their love of The Hunger Games heroine Katniss Everdeen, are actually quite financially prudent as a result of growing up during a recession.

Hertz, who has published other aspects of her research before, surveyed nearly 2,000 people aged between 14 and 21 in the U.K. and U.S. and conducted focus groups and interviews with 16-to-18-year-olds in the U.K. “They’re actually a very surprisingly financially cautious generation,” she tells Newsweek. “This isn’t the irresponsible teenagers of yore.”

As a result, they’re more likely to save as a precaution than “the next couple of generations up.” Every participant in a recent series of focus groups with 16-to-18-year-olds told Hertz they were consciously saving money for later in life. Some 72 percent of Generation K are worried about debt, says Hertz. “They’re putting their babysitting money and their odd job money” into their savings, she says.

While these teenagers are very much “tech heads,” says Hertz, they are also aware of the potential dangers that new technology brings. “Something that I found really interesting was how much they consciously chose to use cash,” she says. “Very openly saying that with cash they feel that they know what they’re spending, whereas on a card it’s so hard to stay on top of that.”

Hertz asked one focus group to imagine a technology product or app that would be most useful to them in their financial decision-making. “One of the teenagers said to me: ‘The most useful thing would be an app which, each time I was going to buy something, sent me a message which said, Do you really need this?’”

The attitudes of Generation K have been shaped by the turbulent times they grew up in. “I think they are a distinct generation to the older millennials, the 21-to-30-year-olds,” says Hertz, adding that they “really have come of age during this economic downturn. [The] messages they’re getting from their parents and from their schools and from the media [are] that this is a tough, hard, harsh, unequal world that they have to fight and they’re going to have to be self-reliant.”

Perhaps as a result, trust in government is very low among those surveyed. Just one-in-ten people in Generation K trusts government to do the right thing. “The social contract has been destroyed between government and this generation,” says Hertz.

Hertz will unveil the research on Thursday at a conference to launch the ING bank’s Think Forward Initiative, which aims to understand financial decision-making to help consumers make better choices. ING CEO Ralph Hamers says it is crucial to help younger generations manage their finances well.

“If the new generation does not plan very well, is not interested in finances, [if] they are much worse off than the current leading generation, that will only…increase the difference between the better off and the worse off,” he says. “That in itself actually polarizes society.”