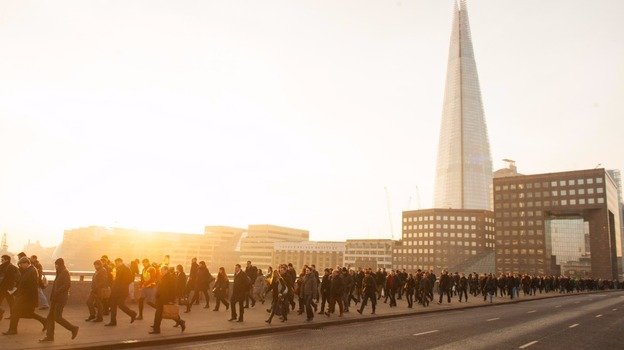 Low unemployment: A challenge for employers?

Unemployment figures out today reveal that the unemployment rate has fallen to 4.5% – a 42 year low .

This is good news for workers who in such a jobs market can be choosier.

Although they won’t necessarily be paid more. Historically lower unemployment has meant that wages have increased – basic supply and demand.

But despite the record low level of unemployment, today’s data revealed that real wages have continued to fall – the three month average rate of wage growth fell to 1.8% in May from 2.1% in April. Wage growth hasn’t been this low since October 2014.

For many employers, today’s story presents a real challenge – how to keep recruiting the right people when so many are already in work?

And many are worried that their task is about to get a lot harder. This is because low unemployment coupled with the end of free movement of labour that Brexit implies presents a double whammy which is likely to make recruitment significantly harder in the future.

This is especially true for those sectors which rely on the services of low and middle skilled workers.

Such sectors as food manufacturing, hospitality and social care have relatively high percentages of European workers – the hospitality sector employs over 500,000 Europeans.

Should Brexit mean that they could no longer hire Europeans, this would imply significant potential labour shortages in the future.

Premier Inn is a growing UK business. According to its management it is opening on average a new hotel every ten days. 20% of its staff come from outside of the UK, predominantly from Europe.

But despite this Chief Operating Officer Simon Ewins tells me, that he is “not concerned at this moment in time”.

He believes this is because they pay better than the industry norm, provide considerable training and development opportunities to employees, and also because they have in the past few years implemented a policy of looking outside of traditional employment pools within the UK – they have schemes to attract employees straight from school, from amongst the ex military and also ex offenders.

“People can build careers here, both in Premier Inn and in the industry more widely and therefore we think we can attract and retain talent even in a tighter labour market.”

Simon Ewin’s lack of concern bucks the general trend amongst employers (Premier Inn’s relative size and success helps to explain this). In an extensive piece of research conducted by the National Institute of Economic and Social Research and CIPD which surveyed and interviewed over a thousand employers across the country in industries that rely on low and middle skilled employees, researchers Dr Heather Rolfe and Gerwyn Davies found that the majority of such employers are worried about how they will meet their staffing needs in the future and see the hiring of local British workers as a significant challenge.

With a third of those they interviewed saying that they recruit EU nationals because they simply cannot fill their positions with UK born applicants. Whilst they found that some employers were being proactive.

Dr Rolfe told me: “We have [some] employers saying they’re working much more closely with Job Centres, they’re working with their industry organisations to try to think of ways in which they might attract young people. They’re reviewing their pay and benefits packages as well. So they’re looking at ways in which they might attract more British workers.”

However, what surprised the researchers was that despite this, and despite being aware that Brexit might severely restrict their ability to employ EU nationals, many of those they interviewed were still in ‘wait and see’ mode. In a competitive domestic labour market such as ours and with Brexit looming, ‘wait and see’ may prove a very dangerous strategy.