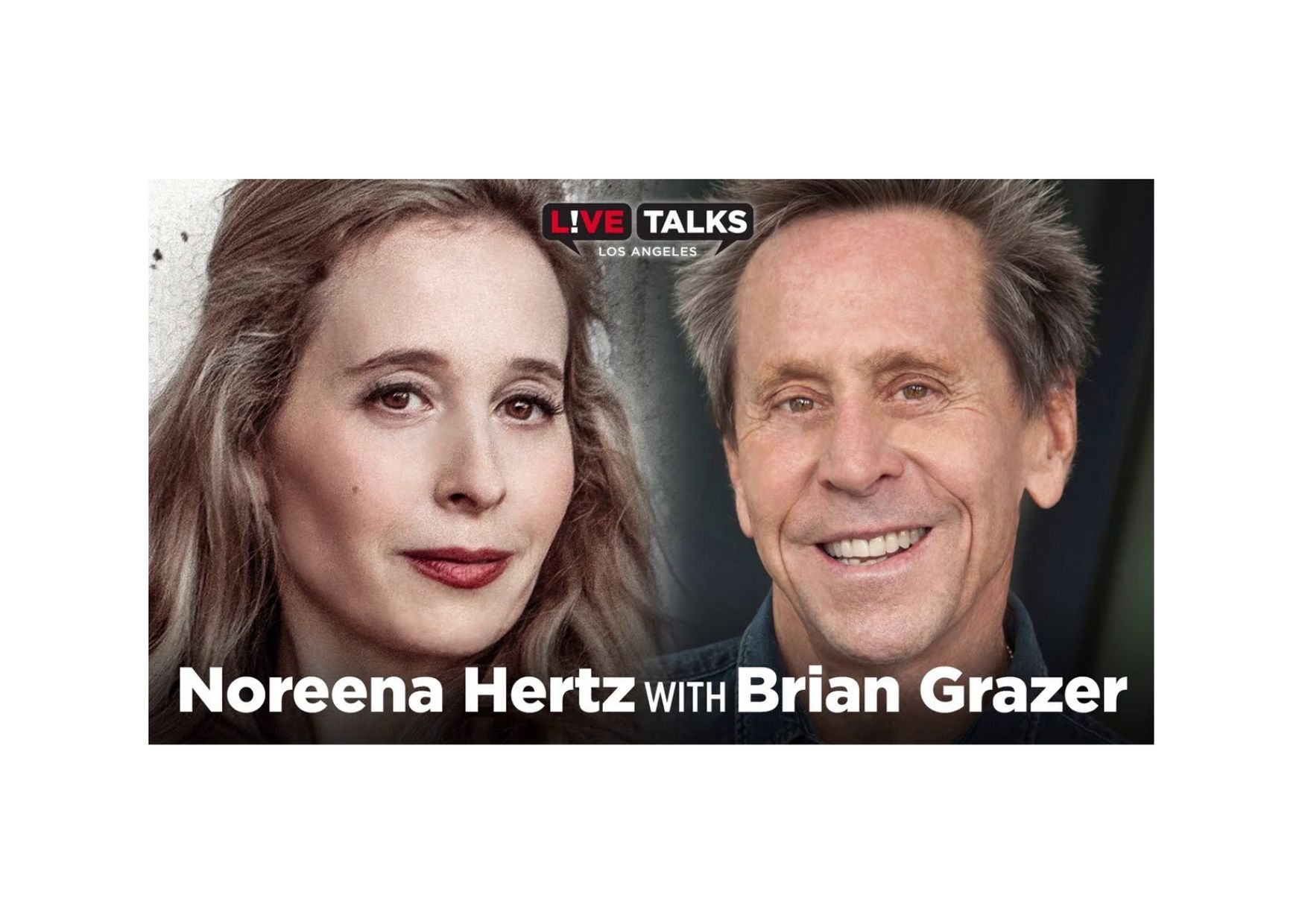 Noreena Hertz in conversation with Brian Grazer discussing her book, “The Lonely Century: How to Restore Human Connection in a World That’s Pulling Apart”

A bold, hopeful, and thought-provoking account of how we built a lonely world, how the pandemic accelerated the problem, and what we must do to come together again.

Noreena Hertz is a renowned thought leader, academic, and broadcaster, named by The Observer“one of the world’s leading thinkers” and by Vogue“one of the world’s most inspiring women.” Her previous bestsellers—The Silent Takeover, The Debt Threat, and Eyes Wide Open—have been published in more than twenty countries, and her opinion pieces have appeared in The New York Times, The Washington Post, The Wall Street Journal, The Guardian, and Financial Times. She has hosted her own show on SiriusXM and spoken at TED, the World Economic Forum in Davos, and Google Zeitgeist. Hertz holds an MBA from the Wharton School of the University of Pennsylvania and a PhD from Cambridge University and is based at University College London, where she holds an honorary professorship.

Brian Grazer is an Oscar-winning producer and New York Times bestselling author. His films and television shows have been nominated for forty-three Academy Awards and 195 Emmys. His credits include A Beautiful Mind, 24, Apollo 13, Splash, Arrested Development, Empire, 8 Mile, Friday Night Lights, American Gangster, and Genius, among others. He is the author of Face to Face: The Art of Human Connection and the New York Times bestseller A Curious Mind: The Secret to a Bigger Life. Grazer was named one of Time magazine’s 100 Most Influential People in the World and is the cofounder of Imagine Entertainment along with his longtime partner, Ron Howard.

“We’re hardwired to connect, and yet we’re in the midst of a loneliness epidemic, which has profound consequences for both our individual and our collective well-being. In The Lonely Century, Noreena Hertz delivers a compelling vision for how we can bridge our many divides at this time of great change and disruption. Passionately argued and deeply researched, this book is for everyone who wants to build a healthier and more connected world.”—Arianna Huffington, founder and CEO of Thrive Global

Loneliness has become the defining condition of the twenty-first century. It is damaging our health, our wealth, and our happiness and even threatening our democracy. Never has it been more pervasive or more widespread, but never has there been more that we can do about it.

Even before a global pandemic introduced us to terms like “social distancing,” the fabric of community was unraveling and our personal relationships were under threat. And technology isn’t the sole culprit. Equally to blame are the dismantling of civic institutions, the radical reorganization of the workplace, the mass migration to cities, and decades of neoliberal policies that have placed self-interest above the collective good.

This is not merely a mental health crisis. Loneliness increases our risk of heart disease, cancer, and dementia. Statistically, it’s as bad for our health as smoking fifteen cigarettes a day. It’s also an economic crisis, costing us billions annually. And it’s a political crisis, as feelings of marginalization fuel divisiveness and extremism around the world. But it’s also a crisis we have the power to solve.

Combining a decade of research with firsthand reporting, Noreena Hertz takes us from a “how to read a face” class at an Ivy League university to isolated remote workers in London during lockdown, from “renting a friend” in Manhattan to nursing home residents knitting bonnets for their robot caregivers in Japan.

Offering bold solutions ranging from compassionate AI to innovative models for urban living to new ways of reinvigorating our neighborhoods and reconciling our differences, The Lonely Century offers a hopeful and empowering vision for how to heal our fractured communities and restore connection in our lives.