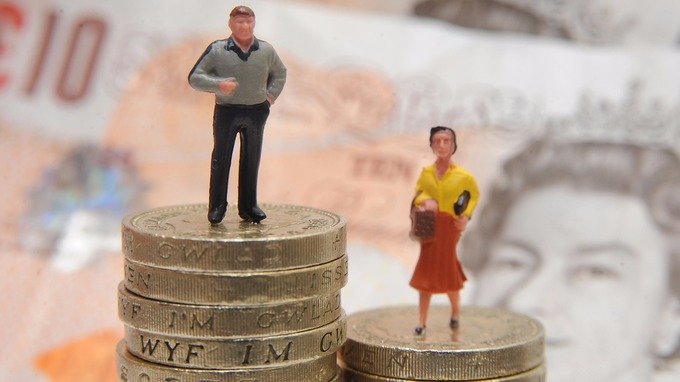 Forty-seven years after the Equal Pay Act women in the UK still earn on average 18.1% less than men.

Today, new regulations come into place that make it mandatory for firms employing over 250 people to disclose their gender pay gap – that’s over 9,000 companies and will affect about half of the workforce.

It’s a significant milestone in the amble towards gender equality. (Well, it’s hardly been a march, has it?!) But is it enough?

Many firms are unaware of the full extent of their gender pay discrepancies – having never audited their salaries through a gender lens.

The hope is once they become aware of any differences they will seek to remedy matters, especially given that their gender pay gap will be publicly available for all to see.

The smartest companies realise that there is a diversity dividend beyond the aversion of bad publicity.

Companies are more likely to be able to attract the best employees if they are seen to be sensitive to gender pay differences.

Meanwhile for consumer-facing brands, especially those targeting younger people, there is a potential gain for being seen to be truly gender equal and a potential loss if they are seen to be not.

There’s also a vast body of academic research that it makes clear that bringing more women into senior management pays off.

In a recent study of 22,000 companies in 91 countries it was found that companies with over 30% female senior executives make on average 6% more profit than those with fewer women at the top. And the more women you have in senior management, the smaller your gender pay gap will be.

I asked FTSE 100 CEO Peter Harrison whether he thought there was a business case for more diversity at senior levels of his business. His answer was unambiguous: he sees it as “mission critical”.

Schroders, which he runs, was one of the first FTSE 100 companies to publish their gender pay gap ahead of today’s regulations coming into effect. Whilst theirs is big – 33% – this is actually less than the industry norm and Harrison is committed to shrinking it.

The danger is that not all businesses or sectors will see the value in closing the gap and that the market on its own will not modify the practices of those that don’t.

Today’s regulatory changes have no enforcement mechanisms, which means that companies can just ignore the findings.

Should the government come down harder on businesses? Many think it should.

The Business, Energy & Industrial Strategy cross-party committee of MPs recommended this week that 50% of senior executives of listed companies should have to be female by 2020.

I support the ambition of the goal, but worry about this time frame. In some sectors such as finance and tech there arguably isn’t the pipeline of female talent yet in place.

Of course, solving the gender pay gap isn’t only about more women getting to the top of organisations. It’s also about ensuring that women and men are paid equally for equal jobs.

It’s illegal not to do so – but in practice companies persist in undervaluing women.

Discrimination lawyers I spoke to this week had a vast number of examples to share. Providing legal aid for women to take employers to court in such instances could be another welcome step.

Alternatively, the UK might want to take a leaf out of Iceland’s book.

It is currently contemplating legislation that would make employers have to prove they offer equal pay to employees, thereby shifting the onus onto business to deliver.

Properly funded incentives for fathers to take up parental leave – at present too many fathers simply can’t afford to take time off work instead of their partners because they earn more – would also make a difference.

Alongside that we need corporate cultures to change so that men feel they can take time off to care without being penalised in terms of future promotions.

Fixing the gender pay gap isn’t just the responsibility of employers and governments. Women also need to get better at arguing the case for being paid more. If you don’t ask you’ll never get.

But I don’t underestimate how hard this is if one’s bargaining position is weak – not everyone can “lean in” and expect a positive outcome.

For anyone reading this who thinks that the gender pay gap is a women’s issue and so not relevant to them, let me be clear – it’s not.

PwC has estimated that the UK would be £85 billion better off if the gap was no more.

We’d all benefit from that – whatever our gender.